I wrote about the old Linksys WRT54GL before, here, the updated firmware were slow and had problems with the indicator LEDs, never lit up the Wifi indicator after upgrade.

I sat down and checked others blogs who had updated and what they had written about it and decided that I’d give it a try — I downloaded an image from the OpenWRT site matching my hardware model, opened up the administration UI and uploaded the image, done. In less than 5 minutes my old Linksys had a new life, with full control over everything, it took a few minutes to setup everything from scratch again but it was easy-peasy with the LuCi interface. 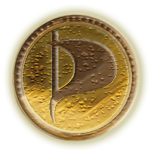